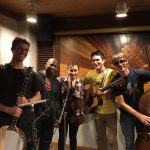 Even in the epicenter of the Bay Area tech boom, the Burl Haggard String Band keeps the traditions of the western swing music of the 1920s and 30s alive and well. Founded initially by musicians Lucas French and Adam Simo, the band’s lineup also includes Kristina Miller, Marquitas Ignatius, and Mike Berry on the pedal… Read more » 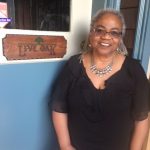 Before winning Jazz Search West 2017, Le Perez had never set foot in a recording studio. A therapist by profession, Perez majored in social work and spent her career working in psych wards, jails, and chemical dependency units—all while maintaining a deeply ingrained love of music and lifetime membership to the “sing in your shower… Read more » 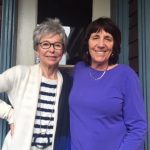 We have had the pleasure of working with Rita Moreno again this month. She is one of only 12 EGOT winners (Emmy, Grammy, Oscar, and Tony) in entertainment history. We have been recording her part on a Sprout original cartoon series called, “Nina’s World”. She is the Spanish Grandmother known as Nina’s Abuelita Yolie. In… Read more »